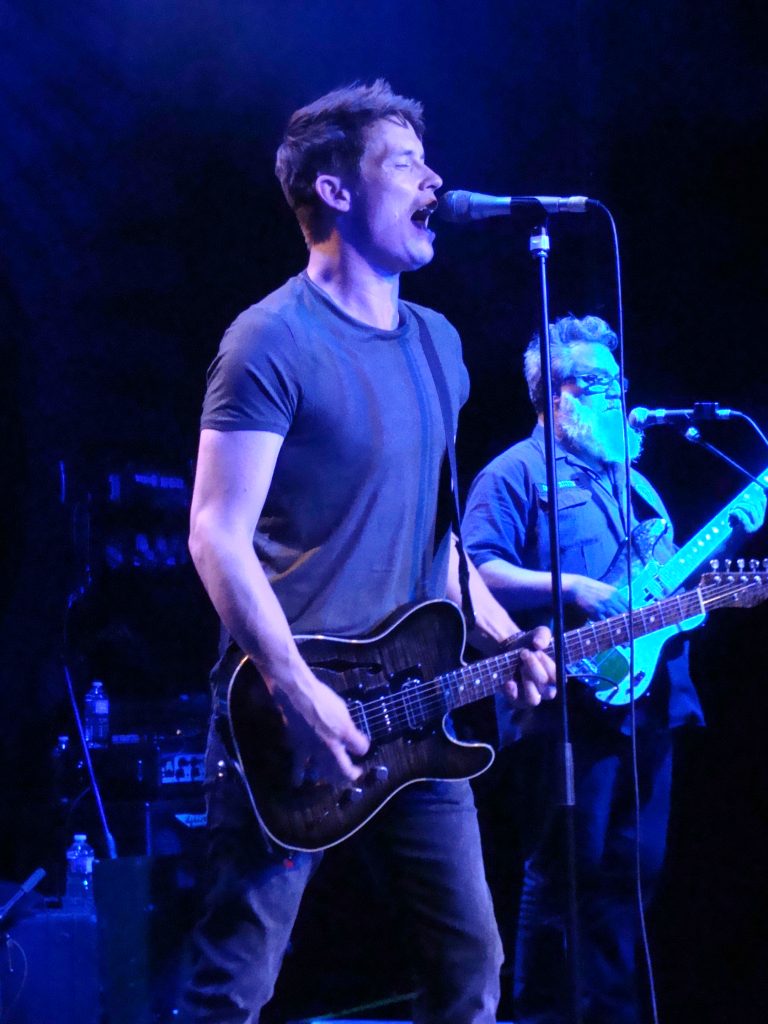 The next time I hear someone knock Jonny Lang for being not gritty or gutty or bluesy enough, I am going to whack him upside the head.

But maybe it would be smarter to send them to the nearest Jonny Lang concert, where the evidence will surely speak for itself – as it did on this colossally beautiful October evening in Cologne.

Do Lang’s songs conform to the standard twelve-bar blues, 1-4-5 format? Sometimes they do. But they’re often colored by soul, gospel, rock, modern R&B and pop. Depending on which producer happened to have his hands on the faders, it has led to the odd saccharine moment over the course of his recording career. Disappointingly, a handful of songs have caused many blues fans to turn away from Lang since he took the scene by storm as a teenager in the mid-1990s, though he remains one of the most commercially successful blues artists of recent years.

With the arrival of his latest album Signs, the 36-year-old singer and guitarist appears to have reconnected with his blues roots. Much of Signs is raw, edgy and guitar-driven. Like the ferocious rendition of “Don’t Stop (For Anything)” with which Lang opened his show at the Gloria theater in Cologne.

From the start, he was in outstanding form vocally, fully engaged and putting every fiber of his body into the performance. His lean, sharply contoured guitar playing dazzled at every turn.

Lang and his able four-piece followed up the funky “Don’t Stop” with the title song from Signs. Chunky, hoochie-coochie style guitar blues. Some more newbies were still to come, along with staples from his back catalog and a few well-placed covers in a thrilling two-hour set that mixed the old, new, borrowed and blue.

Blue: Everything! Lang inhabited each song as if his life depended on it, leaving no doubt that he is the blues, even when he’s not playing the blues.

This group of top-notch players ceded the stage to Lang as he finished the show with his acoustic medley of “Breakin’ Me” and “Lie To Me” – a compelling performance that showed just how much he has matured in the past two decades. Gloria turned pin-drop quiet. I’d be shocked if there weren’t a few misty eyes in the house.

The mood shifted from wistful to ecstatic again when the band returned to take the final song home. At goodbye, Lang couldn’t keep from showing off those prominent pearly whites of his. With good reason: On just the second show on the European leg of the Signs tour, he had blown the roof off.

The concert in pictures…