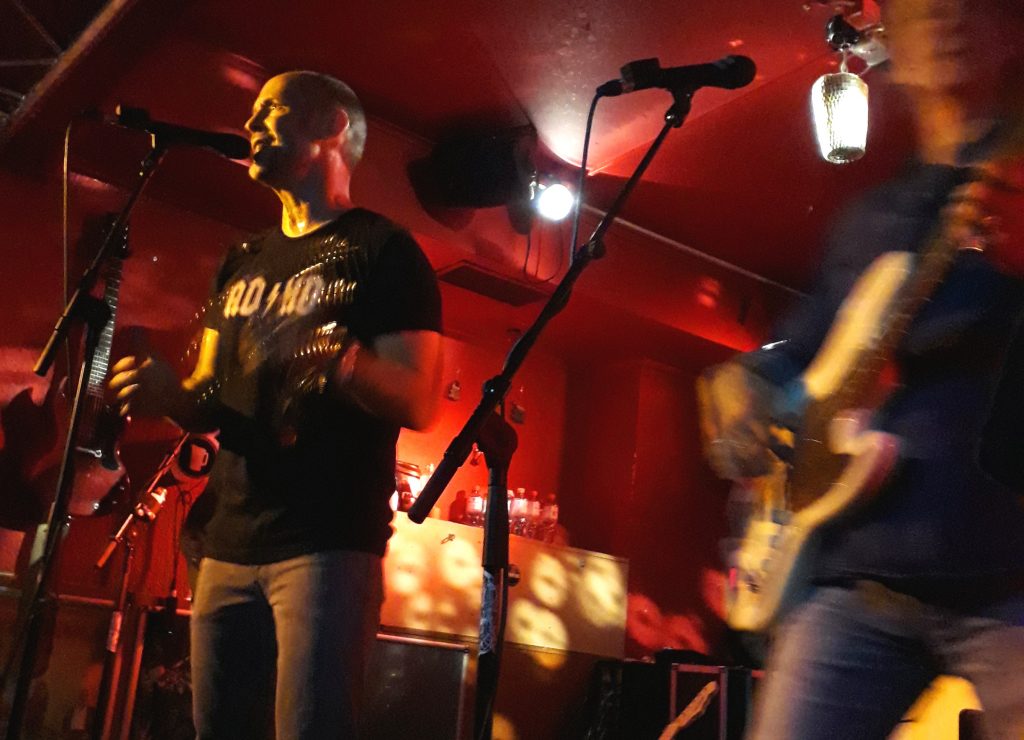 Introducing a song about love, he’d seek out some unsuspecting couple, get their names and a bit of their story, and dedicate it to them. Before singing about the promise and pitfalls of the mating game, he’d ask the singles in the audience to raise their hands. When it was time to communicate a message of universal brotherhood, Thorn did a crowd walk, offering a hug to whoever was ready for it.

At his urging, we sang along, time and time again. To the upbeat “Everything’s Gonna Be Alright.” To the cheerful chorus of “I Have A Good Day.” And indeed to the familiar “Love Train,” a number one R&B hit for the O’Jays back in the day, now the springboard for Thorn’s touchy-feely encounter with the audience.

Those familiar with Paul Thorn will know his music doesn’t fit conveniently into any category aside from catch-all ones like “roots rock” or “Americana.” Since debuting with Hammer & Nail in 1997, the singer, guitarist and songwriter has been boldly blending all the elements those labels suggest: country, blues, gospel, R&B, soul and southern rock. Live – as demonstrated on this evening – his songs certainly boast the power to convert the blues fan less inclined to give country or gospel a try. (Ironically, his most recent album, the gospel-flavored Don’t Let The Devil Ride, peaked at number one on the Billboard blues chart.) Where does the power come from? First and foremost from Thorn himself, a magnetic presence who performs with extreme focus and knows how to carry a tune.

His bandmates help him take it to the next level. The sound they delivered in Düsseldorf was forceful and bottomy without ever seeming too loud. Drummer Jeffrey Perkins and bassist Ralph Friedrichsen provided the solid foundation and were adept at sliding rhythmically from country to soul to gospel and back again. Michael Graham’s non-intrusive keyboards were a thing of subtle beauty, and when it came time for him to step into the spotlight for a few bars, he displayed an artistry and economy reminiscent of the Attractions’ Steve Nieve. New to the fold but a seasoned veteran in his own right is lead guitarist Chris Simmons (formerly of Leon Russell’s band). Charged with filling the large shoes of long-time Thorn associate Bill Hinds, Simmons’s approach meshed beautifully with the others’: He dazzled through understatement. 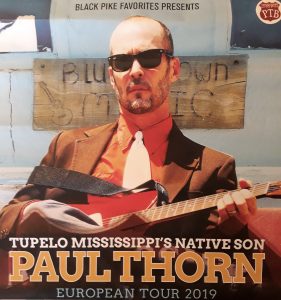 The restrained musical approach allowed the truths inherent in Thorn’s songs – many of them co-written by his creative tag team partner Billy Maddox – to wash over us in comforting waves. By putting his own thoughts, beliefs and experiences out there, he reminded us that we’re only human, after all.

“Ain’t Gonna Beg.” That’s about loving somebody who doesn’t love you back. Who hasn’t been there?

You’ve got difficult relatives? Paul Thorn understands and admits it on “I Don’t Like Half The Folks I Love.”

With “I Backslide On Friday,” he speaks to the futility of self-improvement. (Hey, I can even do that on a Wednesday!)

“Everything’s Gonna Be Alright.” Really, Paul? On this night, listening to the band play it with undeniable spirit, singing along in a roomful of happy strangers, I felt it to be true.

There was also the chugging sarcasm of “Burn Down The Trailer Park,” the greasy groove of “Ain’t Love Strange,” the innocence of the Jackson Five’s “I Want You Back.”

And “When The Long Road Ends.” The showstopper. Performed almost a cappella, away from the microphones, with Graham’s chiming mandolin the only instrumental accompaniment. An utterly beautiful song, a vision of a life well lived and a heart that will not die alone.

Hey, I love pounding rhythms and screaming guitar solos as much as the next guy. But once in a while, it’s good to walk home thinking not about what was played and how, but what was sung and what it means. The relative rarity of that experience made this chilly, damp yet heartwarming evening with the Paul Thorn Band one I will not soon forget.