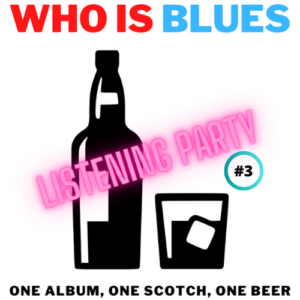 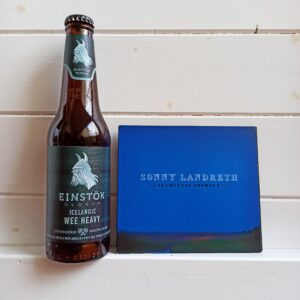 I suppose another reason I chose to write about Elemental Journey is the pandemic we’re living through. With no concerts to attend, planes grounded and even normal, everyday meetings with other human beings potentially unsafe and thus subject to regulation, it’s only logical that I would want to escape into an album that takes you places. (While drinking alone on my deck …)

Sonny Landreth in a single sentence: One of the world’s most inventive guitar players and an undisputed master of the slide. Exhibit A, the aforementioned “Wonderide”:

So we’re not strictly talking about a blues album here. Landreth’s Louisiana roots give much of his catalogue a swampy, zydeco feel. His vocals are dry and crisp as a soda cracker. This full album of instrumentals released in 2012 is a departure of sorts and shows him at his most adventurous. “Wonderide” is just one of many dazzling examples.

I think this is a good spot to get something off my chest. When Landreth played one of my favorite German blues festivals some years ago, my reaction was very different from that of many of the people around me. For me, hearing Landreth was a revelation. He played a few notes, put me under a spell and took me on an hour-long trip. I listened with eyes closed much of the time. I was in rapture. But many I spoke to afterward didn’t feel that way at all. They complained about the lack of entertainment value. They wanted a guitarist who bolts around the stage and interacts with the crowd. But that’s not Landreth. He’s more of a quiet, scholarly presence onstage. Doesn’t bother me any. But some folks hold that against him.

For the sake of contrast, let’s listen to his version of a classic blues number. While we’re doing that, I’ll sample the beer.

Mmm. Einstök Icelandic Wee Heavy’s peaty aroma takes me back to my days wandering around the Scottish Highlands. The deep reddish brown ale is earthy and inviting. There’s a certain woodiness to the flavor that I suppose comes from the angelica root. Nice.

The name Wee Heavy would seem to be more about the alcohol content than the body. It’s not what I would call a heavy beer. But that 8% packs a wallop. I’m pouring from a single 330ml bottle. A few pints of this would surely put you on your back. Though I do wish I had at least one more bottle right about now …

I had a hard time picking “Brave New Girl” because there are just so many jaw-dropping moments on Elemental Journey. It’s that rare album where the guitarist’s skill, creativity and feel – paired, it must be said, with an awesome rhythm section – are enough to set my soul to flying. It’s simply amazing to hear Landreth wander through these soundscapes, slide in hand.

So the music and the beer did the trick. The pandemic is all but forgotten. My heart feels a whole lot lighter. Hope to see you next time.