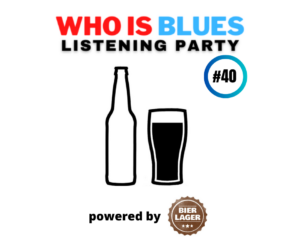 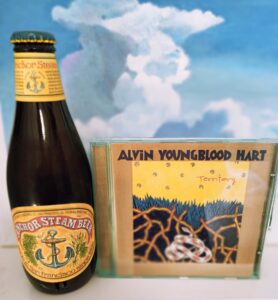 The adherence to a strict definition of what constitutes the blues has been a pet peeve of mine for as long as I’ve been listening to and writing about this somewhat vague musical “genre.” I touched on this last time and have done so often in the past, but I feel it’s a point worth driving home.

If a guy comes along, a guitar player let’s say, and he can perfectly imitate the style of a T-Bone Walker or an Albert King, one of the unrivaled legends of blues guitar, he is labelled “authentic” and his lifetime membership in the blues fraternity is all but assured. Yet when someone like Alvin Youngblood Hart – a musician possessing the rare ability to handle a twelve-string guitar like Leadbelly or Blind Willie McTell – chooses not to stick to one or two things and instead explore a wider range of tones and colors, he is quickly dismissed by a significant portion of those professing to be blues fans.

I, as a listener, am frustrated by this. I can only imagine how Hart and others like him must feel.

His recording of “Illinois Blues” serves as a bridge from the acoustic sounds of Big Mama’s Door to the mix of acoustic and electric instrumentation on Territory. It’s a gripping performance. So much more than technically brilliant, it sounds like no one else.

Let’s go a step further. “Dancing With Tears In My Eyes.” A waltz credited to Al Dubin and Joseph Burke.

I’ve done a bit of research, spurred on by YouTube: The song seems to have made its initial splash as an orchestral piece with vocal in 1930. There’s a lovely version by the Ben Selvin Orchestra featuring singer Ruth Ettig as well as a chart-topping recording by Nat Shilkret and his Orchestra, both from that year. Peggy Lee turned it into a post-war torch song in 1947 and Mantovani‘s string-filled concoction surely helped people fall asleep roughly five years later. In 1982 it popped up on Under The Big Black Sun by Los Angeles rock’n’roll icons X, which is where I first heard it.

Hart clearly modeled his jaunty twelve-string version after Leadbelly, who also carried the song around in his vast repertoire. The marvelous thing about a record like Territory is that it entertains and educates at the same time.

Time for a beer!

Without getting into the technicalities of how steam beer was made once upon a time – for that story, I refer you to Jeff Alworth’s invaluable The Beer Bible – suffice it to say that standard brewing practices were tweaked and the conditioning process accelerated to keep up with the high demand for suds among San Francisco’s working class. The back story, if accurate, suggests steam beer was historically a “convenience” beer of little character.

The modern incarnation is not that at all. Poured from a twelve-ounce bottle (the label has since been redesigned) into the nearest glass I could find, Anchor’s steam beer unleashes a strong caramel aroma and sparkles in a clean shade that splits the difference between gold and copper. The head has lots of body and leaves extensive wisps of lacing on the glass. The flavor is malty with a bready finish, comparable to some red ales I’ve had. Nice.

The video on Anchor’s website (notice the blues playing in the background!) suggests their master brewers have adapted the methods used to brew steam beer 125 years ago to meet the demands of 21st century consumers. Whatever the case, this malty and flavorful libation is a satisfying break from all the hop heavy IPAs I’ve been sampling lately. 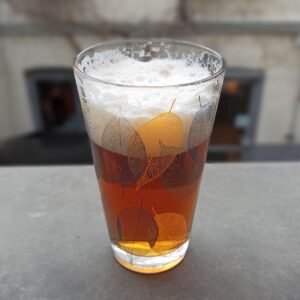 Before I get to today’s final musical selection, I should point out that the majority of the songs on Territory are originals, though without consulting the liner notes, you’d be hard pressed to tell which ones they are. Grassroots folk tunes like “Sallie, Queen Of The Pines” or “Countrycide (The Ballad Of Ed & Charlie Brown)” feel like they could have been penned on the back porch a century ago.

Not so Hart’s fiery cover of “Ice Rose,” an instrumental full of twists and turns that originally appeared on the LP Shiny Beast (Bat Chain Puller) by Captain Beefheart & The Magic Band. The song, thoroughly electric, is placed smack dab in the middle of Territory, the surest sign that Hart never had any intention of becoming your favorite country blues revivalist.

Forty Listening Parties in and I feel like we’ve only just begun to scratch the surface. So much good blues, so much good beer to explore. Come back soon, won’t you?