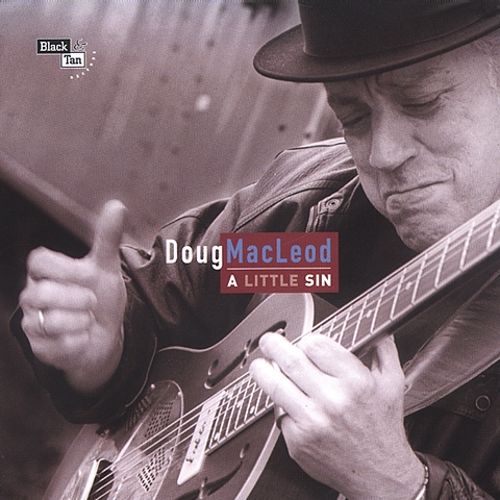 “East Texas Sugar,” which first appeared on A Little Sin in 2002, is one such number. MacLeod’s long-time associate Denny Croy plays acoustic bass on much of that album. But MacLeod essentially kicked him off “East Texas Sugar” after realizing he could tackle the song’s intricate rhythms with just his two hands.

“Denny and I were working at some club and we got done with it and I looked at him and said, ‘You know Denny, I don’t really need you on that.’ He says: ‘You know what? You don’t.’ So when we play it together, all Denny does is hit a big ol’ G.”

“East Texas Sugar” – a song MacLeod wrote for his wife – employs a Double G tuning. “A double tuning means there’s no third in it. It can be either major or minor.” MacLeod also uses the colorfully named Bastard G, Double D, Open D, Drop D and Open G on various songs. But for “East Texas Sugar,” he settled on this “weird tuning that almost sounds like Ravi Shankar meets the Delta.”