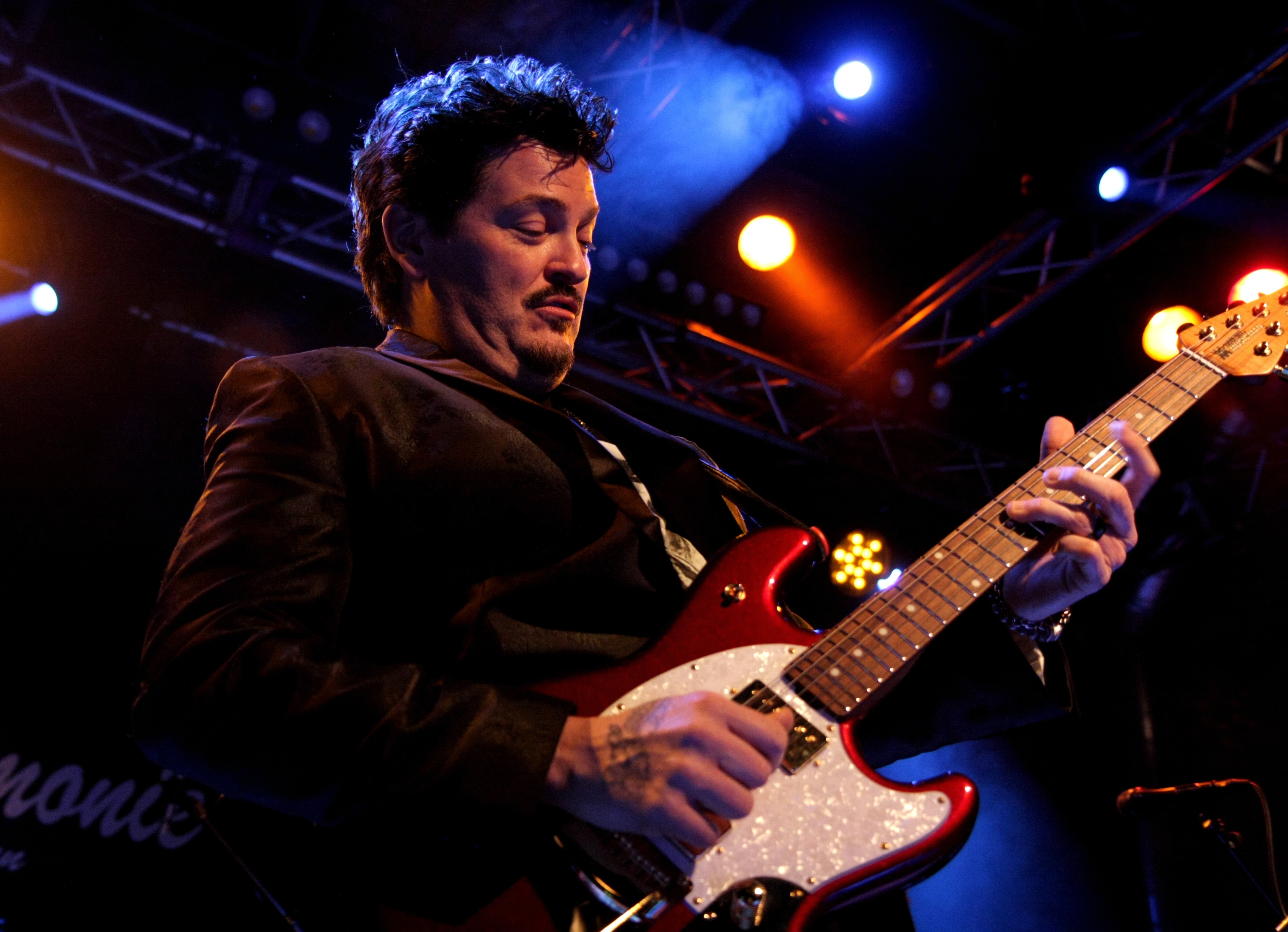 Today, he runs his own recording studio, MARZ, and has just established a record label to go with it called Gult Coast Records. So producing has obviously become more than something he does to pass the time between tours. Before his recent concert in Bonn, Germany, Mike took a few minutes backstage to talk of building the studio and helping several emerging artists make their newest records.

Who Is Blues: Tell me about getting that first job as producer.

Mike Zito: It was Girls with Guitars, with Samantha Fish, Cassie Taylor and Dani Wilde. That’s ten years ago. I had produced my own stuff before that, but I don’t think I even knew that’s what I was doing. I was just making my own records. I’ve been doing it since I was in high school with my four-track recorder. You know, trying to mix it and make it sound like music on one of those four-track Portastudios they were selling in 1985.

Mike Zito: But Thomas Ruf was the first one to say, hey, you’ve done your own records so I think you could do this. I’m so thankful that he got me to do it. Because now I’m producing almost as much as I play. And I wouldn’t change it, because I love making records. I don’t mean to say that I’m good at it, like I make the best records. Not at all. But I know what goes into the process of making a record. Like how to deal with people. Like if someone’s really talented, there could be some issues. And if someone’s not very talented, there are obvious issues. Like maybe they’re good at this, but they’re not good at that. It used to sound really fancy – producer – but really, it’s like being a foreman. Or a timekeeper. OK, we have seven days to make a record. That’s what it means. In seven days you have to be able to get the best you can out of the person.

WIB: And at the end of that week, you literally have to hand over a record?

Mike Zito: Without rushing him but also without letting him take forever. ‘Cause you don’t have forever. So you have to try to capture a moment in time and make it be somewhat good. It’s like being someone’s boss. You’re trying to get them to perform that week at their job. Like if you were an office manager and you’re trying to keep people away from the water cooler. It’s not as creative and as exciting as it sounds. 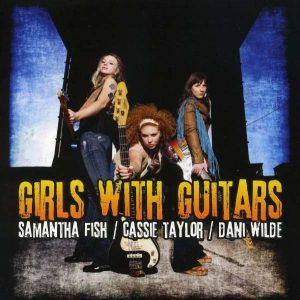 WIB: Before you built your own studio you worked primarily at the Dockside Studio in Louisiana, right?

Mike Zito: I think I’ve produced eleven records for Ruf in the past 10 years. I did some of them at Dockside, which is outside Lafayette, and three of them at the Studio Erde in Berlin. That was Girls with Guitars, Samantha Fish’s first album Runaway and more recently Vanja Sky’s album Bad Penny. Since I built my studio I’ve done three more for Ruf, not counting my own.

WIB: Is it a separate building or is it attached to your house?

Mike Zito: I live in a small town on the Gulf Coast in southeast Texas. It’s not the country, like out in the fields, but there is a lot of space. Most houses have an extra building behind the house. They call them mother-in-laws quarters. It’s almost like an extra garage. My house is not huge, it’s not a mansion. But it has a patio and a back porch and the yard. And then this extra garage. There was electricity but there was no air conditioner, no insulation. The walls were never finished, it was just the wood with the wires showing. There was a little attic upstairs with a couple of boards over the insulation. You could store your Christmas trees and lawn mowers and stuff there. I never thought we could utilize that space. But my wife had been saying for years: That’s going to be your recording studio. It’s bigger than a shed and bigger than this room we’re sitting in, but I just couldn’t see it.

WIB: What changed your mind?

Mike Zito: The timing was right. She wanted all of my music equipment out of the spare bedroom in the house. We had a little rental property that we sold, so we took that money and used it to build the studio. A friend of ours that owns a construction company came over and told me he could do it. When I go in there now, it’s unbelievable. There’s a kitchenette room when you walk in with a sink and a refrigerator and a microwave and a toaster. There’s a window and a sound-proof door leading to the main room, where there’s a couch and all this gear and a drum set. And there’s a sound-proofed vocal booth under the stairs that go up to the upstairs. There’s an apartment up there with three beds and a bathroom. So when someone comes to make a record they can stay there. It’s unbelievable.

WIB: What about the actual recording equipment?

Mike Zito: Even though we do things exactly the same way you would do it 50 years ago, you don’t need a big mixing board. Everything is in a rack and on the computer. They’ve learned to process analog-to-digital so good. It’s expensive, but it’s amazing. It’s not what you’d call a home recording studio. We were lucky enough to be able to invest in high-quality equipment, so we can get the same quality recording (as a conventional studio).

WIB: Why did you name the studio MARZ?

Mike Zito: It’s my initials if you include my Catholic names. My confirmation name is Robert. So I’m Michael Anthony Robert Zito. 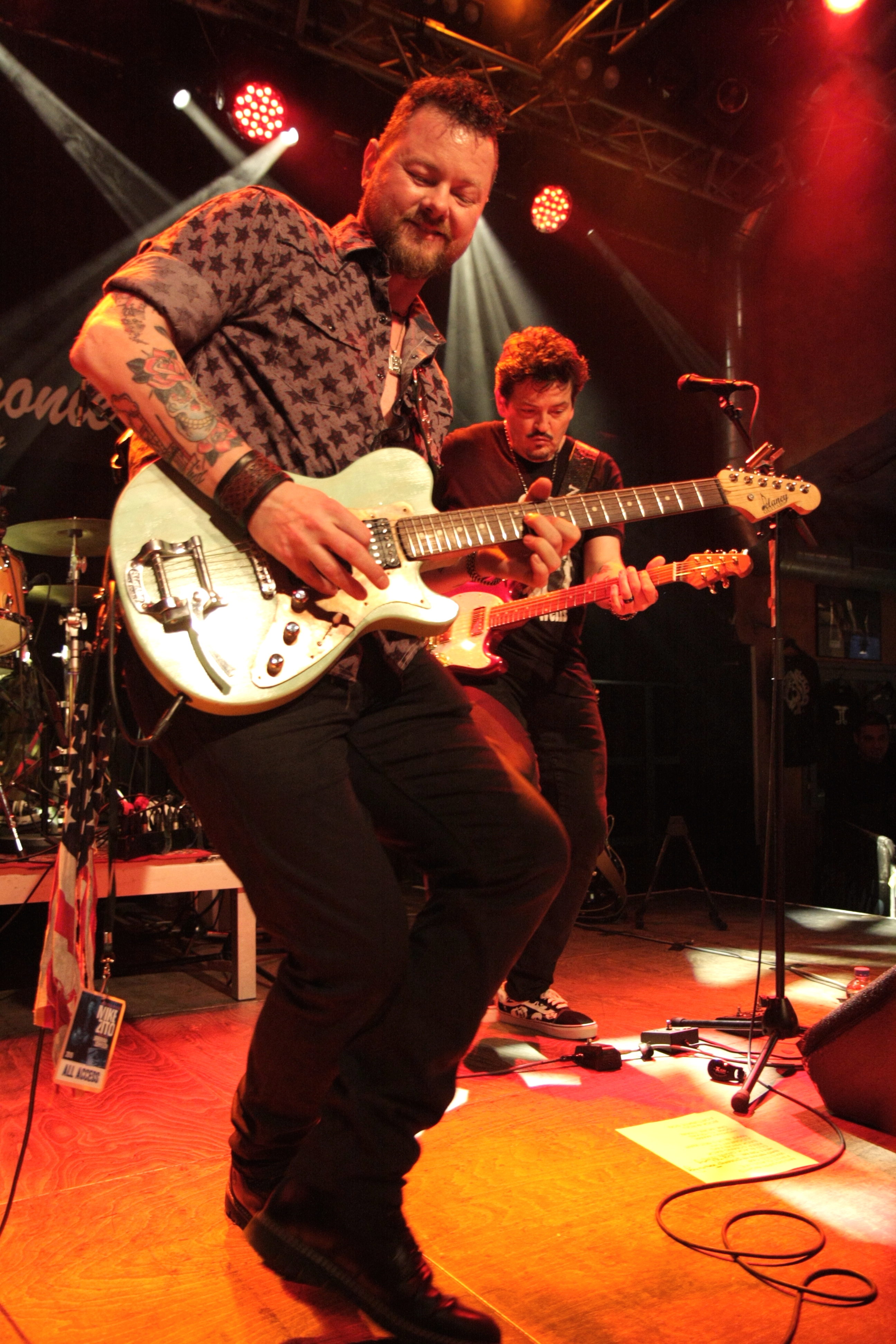 WIB: Let’s devote a few minutes to each of the projects you’ve produced recently. Since you’re on tour together, let’s start with Jeremiah Johnson’s Straitjacket.

Mike Zito: I’ve known Jeremiah for a long time. In fact, when I moved to Texas, he had already moved to Texas. I went to a blues club in Houston to check out the scene and he was there playing an acoustic solo show. In fact the Houston Blues Society sent him to Memphis in 2001 or 2002 for the International Blues Challenge as a solo artist. Then he moved back to St. Louis and started a band. He put out some good records. And he’s been working really hard. To me, if someone is working and playing gigs, it’s a sign that they’ve got talent. Jeremiah is very talented. But he also works hard. I always think: That’s what it takes. I like working with people who are go-getters, who really want to do the work. So he came down and did his first record for Ruf, which was the first one I was able to do at my new studio. He brought his whole band. We spent seven days in the studio and recorded everything live. Maybe we went back and fixed a few things but a lot of is really live with the band. That’s how we do it. We set everybody up and press record and capture that. And if it’s a great take and one guy made a mistake, then we’ll just fix it. That’s better than one-at-a-time perfection.

WIB: I agree. You also did records on Katarina Pejak and Ally Venable, who are both a part of this year’s Blues Caravan tour. 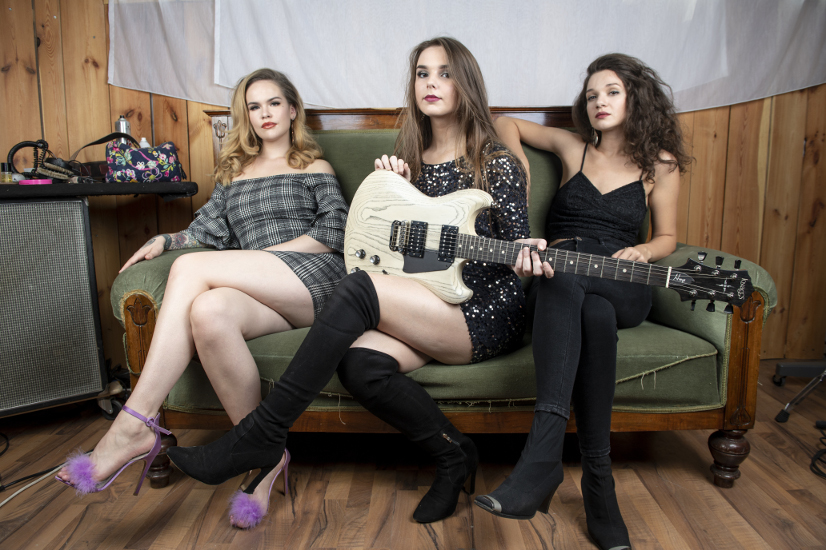 Mike Zito: Ally was someone I’d known for some years – well, not that long, she’s only 19 – but she had opened some shows for me in Texas. She’s pretty well-known. When Thomas (Ruf) said, “Man, I’m looking for a girl,” it so reminded me of when he told me that about Samantha Fish a decade ago. “I’m looking for a girl.” And I was like, “I know a girl!” …
Anyway, I got in the van recently and Thomas was talking about how he couldn’t find any more girls who play guitar. So I was like: “I know a girl.” I had just seen Ally on Instagram that morning. She’s pretty awesome.

Mike Zito: She was new for me. I didn’t know her until we met at the Blues Music Awards last year. She was very sweet, very nice. When Thomas mentioned doing a record with her, I was like, OK. I always want to make a record. Katarina is from Serbia and I wondered if that would be a problem. I didn’t know if she even spoke good English. Then I found out that she’s a graduate of Berklee! She’s won awards and studied in America and she’s uber-talented! Then I heard her songs and I was like, oh yeah, I would love to do this. She’s a great songwriter.
So all of those records were great experiences. They were all different. I really enjoyed Katarina because she is not a blues guitar player. She’s a piano singer-songwriter. So we did something different. I liked the music, but it was out of my wheelhouse to record that kind of thing. I really enjoyed getting the opportunity to try to capture her. It’s so different.

WIB: And now a new chapter begins with your own record label.

Mike Zito: Yes! Gulf Coast Records. We’re going to be putting out Albert Castiglia’s next album very soon. But the first record on the label is by a great guitar player from St. Louis named Tony Campanella. It comes out next month and it’s exceptional. You should check him out!