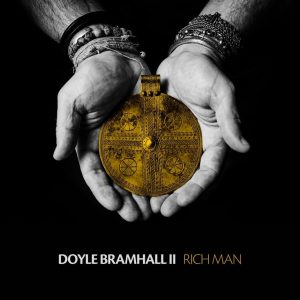 I don’t have any specific quotes on “New Faith” from my interview with Doyle Bramhall II, conducted one sunny morning in September 2016, but I have one that speaks for the album as a whole:

“What I’m doing is just trying to share my experiences and thoughts. The hope is that people would be touched by the messages and the music and that it could actually help people. Music is the universal language. And it’s also the highest art form, according to Sufi. So it has the capacity to heal.”

It’s Thanksgiving week, right? Not just Black Friday Sales week. (Ugh.) On this dreary, dubious Monday – three days before the fourth Thursday in November – I’d like to say thank you, Mr. Bramhall, for allowing me to hear the hope.

“The road ahead lets go of the past

Start building on the good we have

Hearts are the same, hopeful and true

Ties lost inside the things we choose

When somehow faith got confused