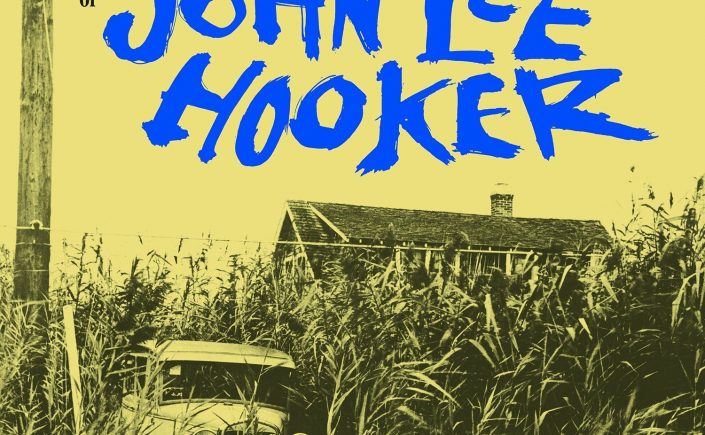 The dreary wet weather this morning has me thinking about rain songs. “Backwater Blues.” “Didn’t It Rain.” “When The Levee Breaks.” Flood songs.

There have been more than a few in the blues. The Great Mississippi Flood of 1927, which took the lives of 246 people in seven states, is said to have inspired “When The Levee Breaks,” recorded by Memphis Minnie and Kansas Joe two years later. It may also have provided the backdrop for John Lee Hooker’s “Tupelo Blues.” Hooker would have been about 10 years old at the time. Old enough to remember. Some sources say he was recalling another catastrophic Mississippi flood in 1936.

In any case, the song Hooker first recorded in 1959 (for The Country Blues of John Lee Hooker) and again on Chill Out in 1995 is a brooding, spoken-word performance unlike anything else you’ve ever heard. Hooker accompanies himself on acoustic guitar, employing a hypnotic, repetitive figure over which he tells a story of despair and devastation. He sings almost in a whisper, yet his deep, rich voice is palpable. He gets inside your soul.

Hooker’s matter-of-fact statement on one of his greatest songs and the natural disaster that inspired it: “People never forgot it. So when I grew up and got famous, I wrote about it and it brought back memories to a lot of people.”

Thankfully, someone was wise enough to have cameras rolling when Hooker re-recorded “Tupelo Blues” (calling it simply “Tupelo”) on the Chill Out sessions. The astonishing stillness of Hooker’s face fills the frame through most of a video whose stark simplicity perfectly suits the brooding atmosphere of this classic.