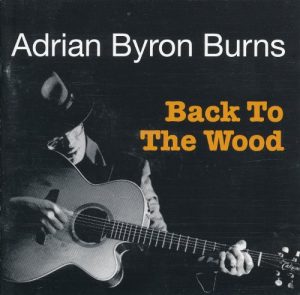 Singer-songwriter Adrian Byron Burns speaks a variety of musical dialects. Blues, reggae, rock, bluegrass, jazz. A native of Arlington County, Virginia and a current resident of France, he’s been recording since the mid-70s. Burns has been a frequent collaborator of Rolling Stones bassist Bill Wyman in his Rhythm Kings project and is a respected guitarist and vocalist in his own right.

When I asked him about “Massa John,” a cut from his 1998 UK release Back To The Wood, Burns gave a surprising answer.

“The influence was Disney’s Song of the South, which, while a charming movie, is also extremely delusionary about slavery.”

Hmm. If you’ve not heard of Song of the South, it might be because Disney, who produced the 1946 live-action and animated musical feature, has yet to release it on any home video format. Like millions of others, I’ve never seen the movie in its entirety. Let’s have a look…

Song Of The South was set in post-Civil War Georgia; Baskett portrays Uncle Remus, a former slave who continues to work on the plantation owned by “Mars John.” The “Zip-A-Dee-Doo-Dah” clip gives us at least a hint as to why Disney CEO Robert Iger later called the film “antiquated” and “fairly offensive.” The National Negro Congress picketed the movie upon its release and labeled it an “insult to the Negro people”; the NAACP criticized its glorified depiction of slavery and the master-slave relationship.

“It would have you believe that the slaves were so happy, they sang in four part harmony. It’s an insult!”

Burns wrote his song a good half century later.

“The main theme is that slavery hasn’t disappeared or died. It still lives amongst us.”

On the strength of that message, his striking vocal and remarkably dexterous playing, “Massa John” is an unforgettable recording.