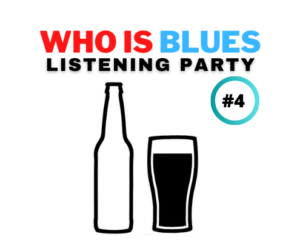 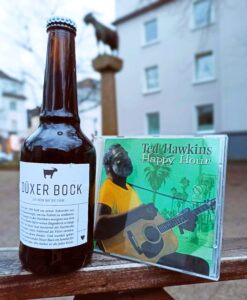 OK, so for one, the title Happy Hour is an obvious fit for what I do here. The song “Happy Hour” may have had the greatest hit potential of any song Hawkins wrote during his lifetime. We’ll come back to that later. Maybe I picked Happy Hour over The Next Hundred Years because it better reflects what he spent most of his life doing. TNHY was a fairly elaborate (and brilliant) production that Hawkins apparently didn’t like. Happy Hour is him sitting down with his acoustic guitar and singing from his heart. There’s minimal accompaniment on this album; mostly it’s just Hawkins playing his simple tunes in that odd, singular style he came up with – tuned to an open E, fretting with a gloved left hand, often employing no more than two or three alternating chords. Like this:

Ted Hawkins had a funny way of telling a sad story.

He didn’t view himself as a bluesman, though he had lived the life almost to the point of cliché. Born in Mississippi, abandoned as a kid, hard time at Parchman Farm, years of hoboing across the eastern United States. Eventually he settled in Los Angeles and became a fixture on the Venice Beach pier, singing gospel, folk, blues, country. Pete Seeger, who would know, called him a street singer. Others saw Hawkins as the heir to Ledbelly’s legacy.

When he did sing the blues it was, let’s say, unique. Here’s a song about the perils of oral sex. Imagine having to compete with Leroy …

Meanwhile I’m about halfway through my first glass of Düxer Bock.

If you know anything about the city of Cologne, you’ll know this is NOT the kind of beer people usually drink around here. That would be Kölsch, a bright, top-fermented beer that, by law, can only be brewed within a 30-mile radius of the city center. Düxer Bock is one local brewer’s adaptation of the traditional bock beer, a strong lager generally associated with Bavaria but with roots in northern Germany. The typical bock is dark and malty with an alcohol content that can range as high as 12% in the case of Doppelbock. The makers of Düxer Bock lightened up the recipe a little to make it more palatable to the people of Cologne. And I must say … 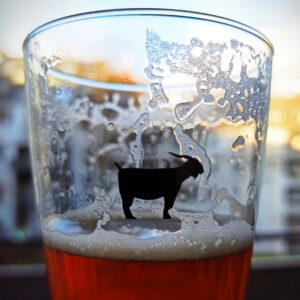 … I like it! I like the dark honey color and the bready aroma. I like that it’s not as sweet as some bocks. It’s got more of a tart flavor with a cinnamon note. Oh and it left some attractive lacing on my nifty Düxer Bock glass. (see above)

By the way: I’m aware of the many unflattering stories which have surfaced about Ted Hawkins since his death. But I won’t go into them here. This isn’t 60 Minutes and I’m not Mike Wallace. Though I guess mentioning that I won’t mention the stories sort of defeats the purpose.

In any case, who am I to judge a man’s character? I never met Ted, but have spoken to people who knew him intimately and none has wavered in their admiration for him. His music lives on regardless.

Besides, next week’s Karneval. That’s a big thing here in Cologne. I mean, under normal circumstances. And isn’t Karneval all about purging one’s sins? In that sense, the Düxer Bock silhouette on the label – a goat – fits right in. See? It all makes sense. (Sorry but you’ll now have to read up on the etymology of the word scapegoat to see where I’m going with this …)

Never mind. Let’s close out this Listening Party with an old clip of Ted Hawkins performing “Happy Hour” on the street to a crusty, British-looking crowd. Stay safe, dear reader. Get the shot if there’s one available. See you next week.