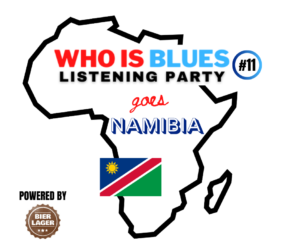 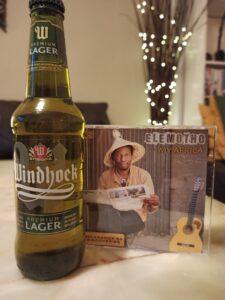 “My name is Elemotho Gaalelekwe, singer/guitarist/songwriter hailing from the Kalahari desert in Namibia…I see myself as a modern nomad who uses words, rhythm and melody as medication in a world that is hungry for spiritual meditation.”

Thus begins the bio posted on Elemotho’s website. I hear a lot in his music, which combines acoustic with electric, traditional with modern. I hear joy, gratitude and spiritual awareness. I hear determination, disillusionment and hope for a better world. His songs are at turns rhythmic and elemental, beautiful and melodic. What we hear isn’t blues but definitely has a lot of soul.

Let’s start with one of his English-language songs, “A Dose Of Reality.” It begins and ends with the voice of John Trudell, the late Native-American activist, poet, actor and musician.

If that song doesn’t convince you of Elemotho’s power and the strength of his conviction, nothing will. But we’ll move right along to something much lighter and breezier. And, yes, bluesier! Of the 16 tracks on My Africa, “Sweet” is the one that makes my blues meter shoot into the red. In particular, pay attention to the very tasty solo lead guitarist Samuel Batola delivers around the four-minute mark.

Over on the beer side of things …

Windhoek Lager is brewed by Namibia Breweries Limited, a commercial-scale operation based in the Namibian capital city Windhoek. The company, founded in 1920, has strong historical ties to Germany and brews according to that country’s Purity Law. (The area known then as German South West Africa was a colony from 1884 to 1915.) We’re not talking about a small craft beer brewer here. Windhoek’s beers are popular throughout southern Africa.

The clean, crisp scent of its Lager instantly transports me to the backyard of my childhood, where the smell of fresh cut grass seemed to hang in the air forever. It was there that my dad handed me a squat brown bottle of Schmidt’s of Philadelphia and allowed me my first tiny sip of beer. I can only guess at my age. Nine, ten maybe? I can’t say I liked the taste, but there was something exciting about the prickly feel of that liquid gold on my tongue. Or maybe it was the mere fact that it came from my dad and that he considered his boy big enough to have a little taste.

Like the Schmidt’s of Philadelphia of old, Windhoek Lager is crystal clear in the glass and tingles with medium bitterness upon first sip. It reveals itself as full-bodied with a slightly sweet finish. I empty the bottle more quickly than the tasting gurus suggest, preferring to indulge in the beer’s quenching goodness. 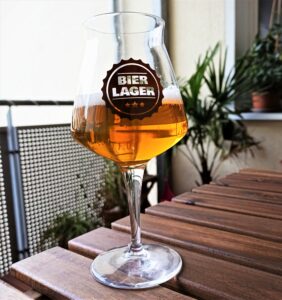 I suppose it’s silly to associate a beer with childhood. But that’s who I am as I write these lines: A boy, standing on the thick, neatly manicured lawn just beyond the fringe of my father’s vegetable garden – overflowing with tomatoes and eggplant and cucumbers and peas – falling in love with the aroma, taste and very idea of beer. A moment of discovery.

And really, what’s more exciting in life than discovery? New tastes, new towns, new lovers, new sounds. Maybe the yearning for new sensations is what has kept me from becoming a true, lifelong scholar of the blues – the kind who can tell you who was playing harp on a 1963 Muddy Waters record without googling. I’m just too restless for that. Too hungry for the new to listen to just one kind of music all the time.

Discovering Elemotho has already given me so much, including a first hint at the nature of Namibia’s people and culture. I’ve become a fan, curious to dig deeper into his catalogue. If you’re open to sounds like his, My Africa is a perfect starting off point.

Here’s one more cut off the album – the sweet and gentle “Neo.” Hope you’ll come back next week. I’ve got something with lots of loud, heavy blues guitar riffage in mind. It’s all good!