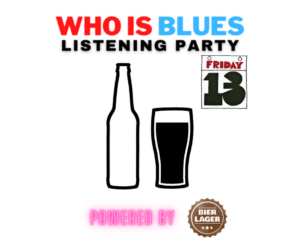 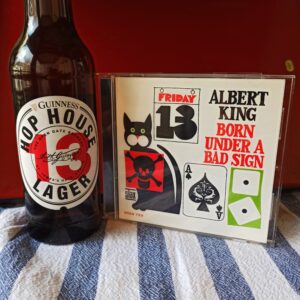 The surprising thing about this album from the perspective of the 2020s is just how compact the songs are. On many of them, King’s guitar doesn’t even feature all that prominently. The vast majority of today’s blues guitarists, many of whom pay lip service to Albert King, don’t display anywhere near this kind of economy in their playing and songwriting. You won’t find any blistering solos here – at least not the way we think of them today. There’s no shredding. Instead, King packs his blues licks into tight, well-constructed tunes like “The Hunter,” my personal favorite. (Remember: These weren’t really album cuts. Records were being made for the jukebox and the radio back then.)

I can’t say I’m in love with the sound of Born Under A Bad Sign. To my spoiled 21st century ears, it feels a bit thin and doesn’t convey the impact of King’s guitar playing the way some later albums do. (See Live Wire/Blues Power.) But “The Hunter” is typical of how Bad Sign delivers on so many other levels. It builds off a simple but very effective 24-bar groove, piano, bass, drums, guitar and horns all holding steady while King tosses out classic vocal lines like “I got you in the sights of my love gun” in that warm, nonchalant style of his. (BTW Paul Stanley admits he stole the love gun idea for the KISS song of the same name.)

Anyway, me not digging the sound quality is just my left brain talking. Left brain is not the way I generally enjoy music. I’m right brain all the way. Hey, Hop House 13! Come on over here and help me rouse the right hemisphere out of its slumber.

Before I get to the tasting, I want to revise something I wrote above. Moments ago, for the sake of comparison, I also listened to Gary Moore’s version of “Oh Pretty Woman.” It was the first single off Moore’s Still Got The Blues and featured Albert himself in a guest spot. Far be it from me to knock a guy who has legions of fans and surely did the elder statesman a solid by covering his tune, but to me, it’s no contest. King’s original version, recorded in August of 1966, kicks its butt down the hall and out the door. The Moore track sounds heavy-handed and lifeless in comparison – 1990 production technology be damned. I hear more fireworks, but less sizzle. So … mea culpa, Albert.

On to the beer: Hop House 13 is a double-hopped lager named for a storage building at Guinness’s famous St. James Gate brewery in Dublin. The specs say it’s brewed with Australian Galaxy and Topaz hops and American Mosaic hops – the kind of data that makes beer nerds swoon. It was introduced in 2015 to answer the growing demand for craft beer and has proven a successful alternative to Guinness’s classic stout.

Nope, I’m sorry. Hop House 13 just isn’t doing it for me or my brain’s pleasure center. Every beer tasting is like a first date and though I was drawn in at first by the pretty packaging, the conversation between me and this clear, golden, lightly carbonated lager never developed. I gulped and sniffed and even opened a second bottle in the hope it would distinguish itself in some way. It didn’t and when a slight buzz from the second round kicked in, all it did was have me looking around the bar for a more interesting date.

Hmm. Maybe I did incur the wrath of the juju gods with all the bad omens in this post. Before this gets any uglier, let’s bring it back to “Born Under A Bad Sign.” The song. But not the studio version.

The stripped-down performance captured on Wednesday Night In San Francisco (which gathers live cuts from the same Fillmore West show that gave us King’s iconic Live Wire/Blues Power) is taken at a slightly quicker pace than the 1967 studio recording and is nevertheless 90 seconds longer. It gives King room to stretch out, his tone is dirtier and more palpable. Thus, his power rings out.

Swing round next Friday for another installment or explore the Listening Party archives right here on Who Is Blues. Thanks for reading.

The Who Is Blues Listening Party is powered by Bierlager, one of Germany’s finest addresses for premium craft beer. I bought Hop House 13 somewhere else. Serves me right.