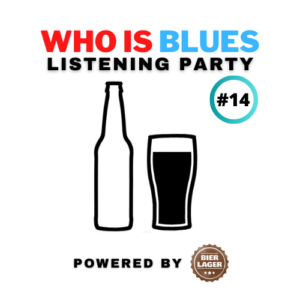 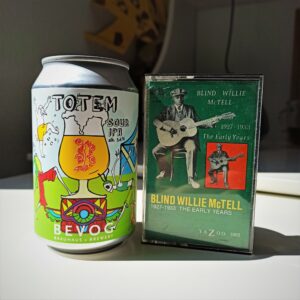 Whether you’re new to the blues or a veteran collector, never stop exploring what this rich genre has to offer. Used to be you could thumb through the bins at record shops, Goodwill or a Salvation Army store. But even on Pandora, Spotify and Amazon, there are treasures waiting to be unearthed.

My most intense period of discovery was during the mid to late 1990s, after I’d looked beyond the household names I knew as a kid. The B.B. Kings and John Lee Hookers. The works of authors Peter Guralnick and Samuel Charters in particular sparked my interest in pre-war country blues. At some point I became aware of New Jersey-based Yazoo Records, a specialist for early blues and roots music. The releases often featured white print on a dark green background.

So it happened that one summer in Manhattan, as I headed downtown, skirting the western flank of Union Square Park, where artists and used booksellers had their stalls, a whole bin full of green, white and yellow audio cassettes caught my eye. A Yazoo Records pot of gold! They were selling for five bucks a pop.

I took Blind Willie McTell’s 1927-1933 The Early Years home with me that day and never looked back. McTell became one of my very favorite blues musicians. I’ve collected his music, read his biography, visited his hometown in rural Georgia and left a coin on his gravesite. I’m hard-pressed to think of a bluesman who sounds more likable, more approachable, and because of that, McTell’s voice somehow feels like the voice of a friend.

Let’s listen to 1931’s “Georgia Rag.” It’s adapted from a Blind Blake tune apparently and is – say the liner notes – “one of the fastest 12-string guitar pieces ever recorded.”

The fourteen cuts on the compilation are … man, they’re just dazzling. Willie McTell was at very least a triple-threat: a magician on the 12-string, a nimble juggler of words and a singer whose expressive power was off the charts. You can’t go wrong with anything here, but if I had to choose one favorite from the album, it might be “Travelin’ Blues,” which dates to 1929. McTell’s depiction of his hoboing adventures in the Georgia town of Americus is just so human. His earnest plea to the “cruel fireman” to let him hop a train, the long-short blow of that man’s whistle, the lure of cheese and eggs to a weary traveller … has a bluesman ever painted a more vivid picture?

Before we come to another beautiful McTell performance, let’s truck on over to Bad Radkersburg, Austria, where the Bevog Brauhaus and Brewery cultivates a spirit of experimentation. The envelope-pushing beers on offer include a coconut porter, a black IPA and the Totem Sour IPA created for the brewery’s own Who Cares For Beer Festival.

Pulling back the tab on the colorfully illustrated aluminum can (freaky dancers gyrating around an oversized tulip glass full of suds) the grassy, pungent aromas jump out at me even before I pour. I like that. A beer that announces itself. Here I am.

The Sour IPA is hazy, nearly opaque in the glass and carries a scent some might find overly “earthy.” (One reviewer used the word “cowshed”; I’ve been trying to get that picture out of my head ever since.) Once it passes the lips and reaches the palate, it’s clear where it gets its name. The taste is unlike what you generally expect from a beer. There’s something raw and medieval about it. It’s dry, assertive, yeasty. And, yes, sour. I’m not sure I’m a fan, at least not yet, but this beer sure has a lot of character. 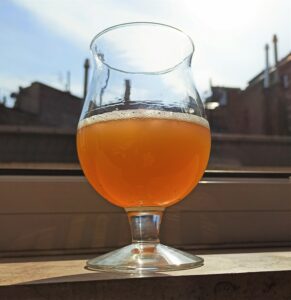 It comes down to a matter of taste. Geschmackssache.

As do these ancient McTell recordings, I guess. As much as I love them, some may listen and hear nothing but a bunch of scratchy ass 78s. Fair enough.

If you’re like me, you’ll find much to enjoy on the Yazoo compilation, including McTell’s most famous composition “Statesboro Blues.” But “Mama T’aint Long Fo’ Day,” from his very first recording session in October of 1927, is the one speaking to me right now . It’s that note of optimism in the singer’s voice (“maybe the sunshine’ll drive these blues away”) even as he endures a dark and lonesome night. I like to think he’s not just a guy waiting for morning, singing to his gal. He’s hoping to emerge from the gloom in a larger sense.

OK, maybe I’m reading a too much into it. But as I sit here waiting for summer – music! festivals! beer! fun! – but stuck inside a second, dreary, locked down Corona spring, the song just seems to fit.