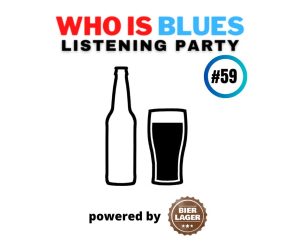 Don’t get me wrong. It’s undeniably a good song if not one of Hendrix’s absolute best. What’s ruined “Hey Joe” for me is its fate as a go-to crowdpleaser for thousands of bluesrock bands who have nothing else to offer. If I’m at a show and I hear the opening guitar riff – this happens way too often – that’s my signal to head to the bar or take a bathroom break. No offence to listeners who haven’t tired of it, but for me, this tune is well past its sell-by date. It has become the ultimate yawn elicitor. 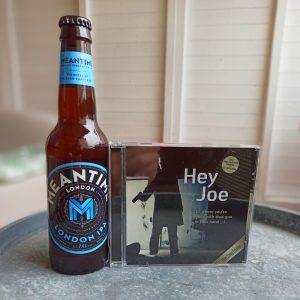 Let’s start with an artist who – like Hendrix – is a child of wartime, born just three weeks before Jimi in November of 1942. Johnny Rivers hit it big in the mid-60s with his cover of Chuck Berry’s “Memphis” and again with the theme song to the TV series “Secret Agent Man.” By the time the Summer of Love rolled around, he, like many of his generation, was looking in a new direction. Rivers’ 1968 album Realization, a cult classic for fans of late 60s psychedelic rock, included a fairly straightforward reading of “Hey Joe.” The lyrics differ slightly from the ones we’re used to hearing.

So what about the dubious-looking CD I’ve pulled off my shelf today? The bargain-priced Hey Joe is part of the One-Song-Edition series that appeared in Germany during the early years of this millennium. Other golden oldies covered by these 20-track compilations include “My Way,” “Yesterday,” “Summertime” and “Mr. Tambourine Man.” The Hendrix edition was originally intended as a birthday gift for a close friend who gets excited whenever he hears anything by Jimi. If a band plays “Hey Joe,” I go to the John; he whoops and hollers. And of course, my friend had the CD already. So I kept it, though it remained in the original cellophane until just recently.

Wilson Pickett’s compact and fiery version of “Hey Joe” is one of my favorites off the collection. It dates to 1969 and achieved moderate success on both the Hot 100 and R&B charts. Interestingly, the Hendrix single of “Hey Joe” never charted in the US.

Let’s do one more before we get to the beer, yeah? Definitely the biggest surprise on the Hey Joe disc.

I mean, when I hear the name Cher, I think immediately (and sadly) of Autotune and the desperate use of plastic surgery to defy Father Time. But go back far enough, to her Sonny & Cher days, and you’ll find that she had a pleasant and pure singing voice. Cher also charted with “Hey Joe” after recording it as a solo artist for Imperial Records late in 1966. The jury’s out on whether her version is a total disaster or merely a near miss. I’ll take it over “Believe” six days a week and twice on Sunday.

The city of London is where Jimi Hendrix (to that point professionally known as Jimmy James) became an immortal after moving there in September of 1966. It’s where he flamed out exactly four years later. London is also home to the Meantime Brewing Company set up in 1999 by Alastair Hook, something of a craft beer pioneer in Britain. The brewer’s London IPA is one of just six beers to appear on the Meantime website, suggesting the company has chosen to focus on a smaller number of popular varieties (pale ale, red ale, porter etc.) rather than engage in far-flung experiments.

The London IPA is a 7.4% ABV brew made with Fuggle and Goldings hops. The name Fuggle just screams fun, doesn’t it?  The beer pours a rich, dark amber and presents with aromas more biscuity than expected. I’m tasting toffee and roasted malt flavors from the first sip to the bottom of the glass – again, unusual for an IPA. This has me wondering if it’s got something to do with the hard water London is known for – my knowledge of the science of beer is too limited to know for sure, but the nature of the water a beer is brewed with, its mineral content etc., affects its taste. If I were to close my eyes, I might think this was a brown ale or a porter. 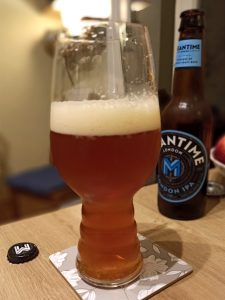 Now that I’ve got a nice little buzz on – you, too maybe? – I’m ready for the seven and a half adventurous minutes of “Hey Joe” as redefined by Deep Purple. It is one of four cover versions on the band’s 1968 debut album Shades Of Deep Purple and closes the original eight-song LP. Rather than me trying to put the music into words, in the true spirit of the Listening Party, I suggest you  carry on with your glass of beer, or open another bottle, turn up the music, maybe close your eyes and enjoy the trip this inventive group of musicians take you on.

Those last few words kind of encapsulate what Jimi Hendrix was about. Who knows what kind of music he would have produced had he lived a little longer. Twenty-seven really isn’t really much at all.

Here’s to you, Jimi.