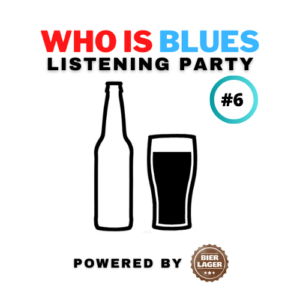 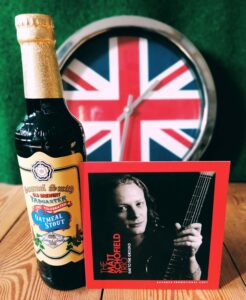 I’ll forever be grateful to Matt Schofield, keyboarder Jonny Henderson, drummer Evan Jenkins and Nugene Records label head Richard Pavitt for that get-together. Not the pints at the pub necessarily, though that was the loosest part of the day and made for a good interview. It was the hours prior – spent watching these musicians record several tracks for Ear To The Ground at the New Road Studios in Wijchen, Netherlands – that have proven to be extremely valuable. It’s the only time I’ve been handed the keys to the kingdom and been permitted to observe a band at work crafting songs for a new album in real time.

Here’s a first taste of that album, Schofield’s second studio LP, recorded in 2007.

From what I saw and heard that day in the Netherlands, I have formed a (possibly inaccurate?) picture of how the overwhelming majority of blues bands record. Unless they’ve got their own studio, blues musicians can’t afford to spend weeks and months making an album. Usually, it’s a week or two. Less if working on a tighter budget. While making Ear To The Ground, Matt Schofield settled in at New Road for ten days, but that included vocals, overdubs, mixing etc. His bandmates were present for less than half that. So they had to bang out a minimum of two to three songs a day. That requires focus.

There were smiles and laughs but for the most part it was work. Flubbing a part took time off the clock. The band huddled to discuss song arrangements without always agreeing. Solutions had to be hammered out quickly. To me, every take sounded great, but Matt, Evan and Jonny heard little flaws you and I would never pick up on.

Each one of them is a monster musician in his own right. But if you’re reading this, it’s probably because you’re a fan of Matt Schofield. Among contemporary blues guitar players, British or otherwise, he has few equals. Let’s kick back and enjoy his exquisite playing on “Once In A While.”

Those six exceedingly bluesy minutes gave me plenty of time to partake of my Oatmeal Stout.

It’s one of well over a dozen different beer and cider varieties on offer from Samuel Smith’s. Yorkshire’s oldest brewer is a verrry traditional one: Beers are made using well water from the brewery’s original well, sunk in 1758. A team of dray horses still delivers kegs to local taverns. The brand has made negative headlines for the restrictive policies of the roughly 200 pubs it operates around Britain – music, TV and mobile devices are prohibited within their walls and offensive language can get you booted. Bikers and “undesirables” have been instructed to stay away. Make of it what you will.

The brewer suggests serving Oatmeal Stout at a temperature of 13°C (55° F), so I actually took the bottle out of the fridge two hours before pouring. The drinking experience? (Commonly summed up on beer geek websites in terms of aroma, color, taste, body, mouthfeel etc.) It has left me wanting. Specifically, wanting to try a pint of the same beer fresh from the tap. I’m not all that far along into my beer tasting adventures, but this has been my experience of bottled stouts until now. This one is smooth, well-balanced, definitely drinkable, but with nothing truly striking about it. The pour seemed a bit flat. I’m not feeling the magic.

So allow me instead to return for a moment to that Irish pub in the Netherlands, where the Matt Schofield Trio blew off steam after a long, tense but productive day in the studio. What a rare pleasure it was. Most interviews I do are slotted in between sound checks and pre-concert meals or sandwiched by other 30-minute phoners. This one was open end. Just hanging out for an evening with a good bunch of blokes. For a while I had the recorder on. Matt gave me what I needed and more. The deeper we got into our respective pint glasses, the more open our exchange became.

It’s the kind of interview you hope for – not the routine Q&A of a press day phone call.

So Evan, Jonny, Richard and especially Matt … wherever you may be … I raise this glass to you.

Let’s take it on home with the boys jamming on “When It All Comes Down.” See you next time.