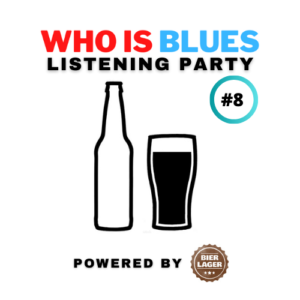 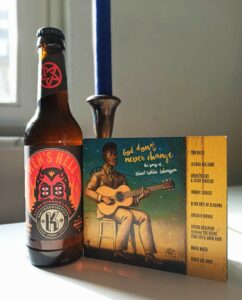 Listening to the album for first the time in a while since its 2016 release, it strikes me that it’s the women who carry the day. I like Tom Waits and don’t question for a minute his admiration for Blind Willie Johnson or his knowledge of American music. But to me, his interpretations of “The Soul Of A Man,” the first of the album’s eleven tracks, and “John The Revelator,” which comes later, sound a little bit forced. Like he’s trying to capture a sound rather than singing from deep down in his soul.

The Blind Boys of Alabama contribute a version of “Mother’s Children Have A Hard Time” that is churchy and respectful. Luther Dickinson is wonderful singing “Bye And Bye I’m Going To See The King” with the Rising Star Fife & Drum Band. On “Keep Your Lamp Trimmed And Burning,” Derek Trucks shows why he’s considered one of the world’s finest slide guitarists.

His wife, Susan Tedeschi, the lead vocalist, can’t help but outshine him on that number.

Born in the deep south of Lake Charles, Louisiana, not far from the Texas border, singer Lucinda Williams really inhabits a couple of Johnson’s songs on the album. Blind Willie, though a man of faith, was by no means a saint and some of his original recordings come across as dark and foreboding. Williams explores that side of him on “Nobody’s Fault But Mine” before praising the Almighty with electric guitars on “God Don’t Never Change.” Both performances are moving and highly recommended.

Toronto’s Cowboy Junkies, fronted by vocalist Margo Timmins, stand out with their version of “Jesus Is Coming Soon.” Blind Willie Johnson makes a cameo here thanks to a vocal sample from the original 1928 recording. Some might consider the arrangement blasphemous, but it succeeds in communicating the spirit of the song, which deals with the Spanish Flu epidemic of 1918 and thus feels relevant today.

Hmm. This a sneaky smooth beer.

With a name like Men’s Hell and an ABV of 8.7%, I was expecting fire and brimstone in the glass. But behind the inverted pentagram and four-eyed demon on the label waits a mild-tasting, honey-colored lager with a hint of wheatiness. I’d liken it to that female co-worker who’s kind of cute but doesn’t knock you out at first. The more time you spend in close proximity, the more you get to know her, the more interesting and attractive and dangerous she becomes.

(OK, I’ll be honest. The first mental association I have with the phrase “men’s hell” is women. Few things in this world can kick your sorry butt to purgatory as quickly or as brutally. But that’s a topic for another day. Or not.)

Yeah, so … Men’s Hell Extra Strong Lager – like that lady at the office – is sweetly seductive at first. Satisfying when you’re deep into the glass and it hits you. And when the well runs dry? That’s when you get the blues. 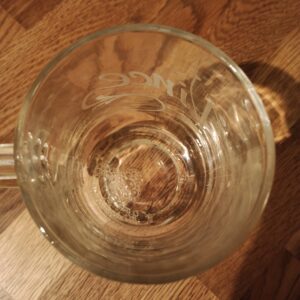 But – as Blind Willie Johnson and Sinéad O’Connor sang – sorrow will have an end.

Wait. Did I just put Blind Willie Johnson and Sinéad O’Connor in the same sentence? Yup, I did. That’s because the Irish singer and controversy magnet is on this tribute album, too, delivering a cracking version of a lesser-known Johnson song, “Trouble Will Soon Be Over.” O’Connor seems to have had a love/hate relationship with Christianity throughout her life (a quick scan of the web informs me she converted to Islam a few years ago), but wherever she was in her spiritual journey when she recorded Blind Willie, she sounds beyond genuine interpreting his words of praise.

I’d like to conclude on that note, listening to a veritable choir of Sinéads singing it up to heaven. This past year has been hellish for pretty much all of us. Dreaming of a time when “trouble will soon be over, sorrow will have an end” seems about right.