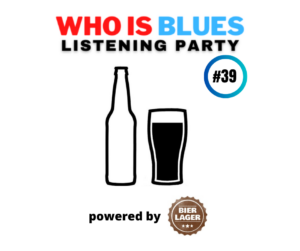 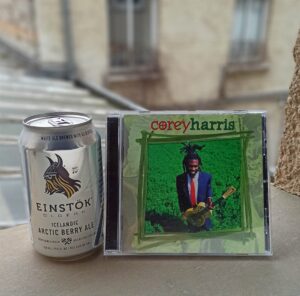 Prior to Greens From The Garden, it looked as though Corey Harris would take his place amongst a group of young African-American blues revivalists I like to think of as “Taj’s children”: Harris, Guy Davis, Keb’ Mo’, Eric Bibb and Alvin Youngblood Hart all owed a debt to Taj Mahal and together spawned a new wave of interest in traditional, rural sounding acoustic blues in the mid-90s. Harris’s first two albums made quite a splash in blues circles; his sophomore disc, 1997’s Fish Ain’t Bitin’, was chosen Best Acoustic Album of the Year at the W.C. Handy Awards.

Two years later, Greens From The Garden emerged as a more adventurous, unpredictable animal and something of a concept album, with brief snippets of music and spoken-word elements woven into its wooly multi-color fabric. (As explained in the exhaustive liner notes: “Corey went around with a tape machine and talked to friends and relatives getting their take on the culinary culture of preparing greens.”)

Sometimes I wonder why we hear so little about Harris these days – he’s certainly far less visible than during his initial phase on the Alligator Records roster. Today, though, the blues artists getting the most attention are serving up a music that is generally streamlined and very often rock-oriented. Sadly, there doesn’t seem to be a place at the table for a singular artist like Harris, one who has intelligently mined a range of roots music styles and, significantly, followed the blues home to its roots in Western African culture.

That work began in earnest on Greens From the Garden with its obvious Caribbean and African influences. Have a listen to the groovy, heavy Reggae vibe of “Wild West.”

Don’t know about you, but damn if I don’t feel like pouring a glass after that one. So let’s head north now and indulge in a seasonal ale flavored with hand-picked Icelandic bilberries.

Not a typo! Bilberry is one common name for the European blueberry (Vaccinium myrtillus), also known as the whortleberry, wimberry or blaeberry. It’s the eponymous ingredient in Einstök’s Arctic Berry Ale, joining wheat and Pilsener malt, oats and Bavarian hops in what sounds a very enticing recipe.

Upon release from the shiny silver can bearing Einstök’s big, hairy, bespectacled Viking emblem, the beer pours an attractive, hazy tangerine hue and displays a thin, airy head. Even with the glass at shoulder height, its fruity aroma teases the nostrils. I mean, this is crazy fruity. The nose detects an underlying grassy note upon closer inspection.

Once it passes my lips, the beer strikes me as tart and perfumy. It isn’t love at first sip. I’ll need to spend some time with this one.

The next song, “Teabag Blues,” is an acoustic solo number in the grand tradition of blues innuendo.

Originally the bonus track on this 20-track album, “Teabag Blues” is Harris setting an original Woody Guthrie lyric to guitar accompaniment. Billy Bragg on the backing vocal. The collaboration came about as part of 1998’s Mermaid Avenue project. You’re free to interpret the central metaphor as you see fit.

Well, Einstök’s Arctic Berry Ale is certainly different. And though that adjective is often used to avoid criticizing something outright, I actually kind of like it. The beer’s fresh and flavorful and though I’m not huge fan of the cloying aroma, I can well imagine downing a few of these on a warm summer’s day. I see it served in big round cocktail glasses decorated with slices of orange and pineapple. 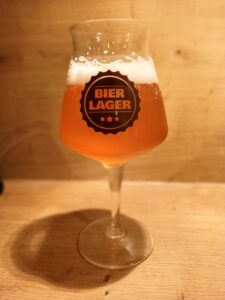 Maybe my favorite aspect of the craft beer movement is the way it has broadened our horizons regarding beer. Not every outlandish brewing experiment is successful, but I love the sense of openness and adventure with which today’s craft brewers ply their trade.

We could use a bit more of that in the blues world. Music that honors tradition and draws upon the roots of the blues but dares to take risks. Music that surprises you.

Greens From The Garden is like that. Blues albums that take you on a journey like this one does are rare indeed. From song to song, you really don’t know what’s coming. What ingredients Harris and the other contributors will toss into the pot.

“Basehead” further demonstrates Harris’s ability to mine tradition while also being current – here, he takes on the topic of freebase cocaine addiction, a practice that exploded in the 1980s and 90s. To raucous rhythms and greasy lap steel licks, Harris churns out a poignant brand of folk poetry: Well Grandpa told Junior about them slavery days / After all these years, son, you still got them slavery ways.

Revisiting this landmark album has reminded me of another eclectic gem from the same era. Curious? Then come on back next week for another round. One album. No scotch. One beer.